Back to the Future

At the end of October 2017, I did an advanced analysis of the quad lutz performed by Yuzur Hanyu. It was a premiere for him. Since then, the Japanese champion won his second Olympic title.

The first part of the 2019-20 season ended with the Grand Prix Final in Torino last week. Several figure skating fans have asked to get a new analysis of his jump.

Since the last Figure Skating World Championships, the official broadcast provides for only one jump (for this moment) to be analyzed, with data such as length, distance, and landing speed. This is done by using calibrated imaging. Fans are really interested in this kind of data which details a performance without human judgment. As I’m observing to understand and analyze the jump mechanic, I notice that the broadcast TV system’s trajectory is sometimes incorrect. 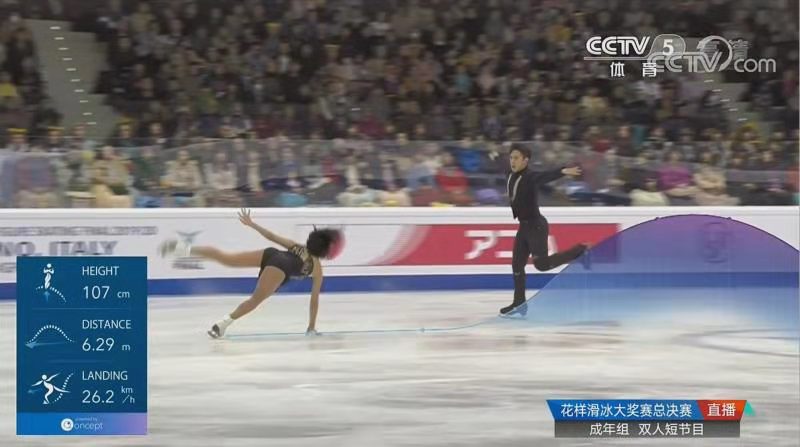 These are the three different kinds of trajectories you can observe for figure skating jumps; the trajectory of a throw jump is clearly different. Maybe you recognize the trajectory done during a delayed jump ( 3. in the drawing below). 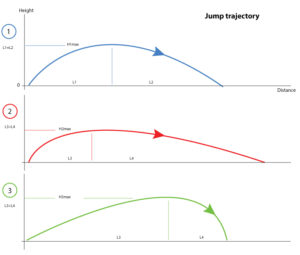 Of course, the way I obtain data is not quite as accurate as the technology used by broadcast tv. I would be curious to know the margin of error of this system. Anyway, I have already noticed that the data I collected is a good approximation of the data from calibrated imaging. I know that some fans are also interested to know how I calculate and get my data.

That’s why using average and median data to work with the skaters is the best method, especially when you consider each skater as unique. This data can really help to develop their specific techniques.

I really think Yuzuru and his coaching team followed this quote.

“Details matter. It’s worth waiting to get it right”. Steve Jobs