For some people doing statistics for figure skaters, it’s unusual. The way I see figure skating is also different: Thinking efficiently.
When I integrated the National Chinese Team in January 2019, I introduced data and statistics to support the coaching team’s work. I also provided instant video feedback and advanced video analysis.
Chinese pair skating has a long success story. After the Silver medal in 2018, the goal for SUI-Han was to get the Gold in Beijing 2022.
I worked under the supervision of Zhao Hongbo, head coach, and Olympic champion, in 2010.

“May more and more skaters achieve their best in the future with the help of Mr. Arnaud
MUCCINI!” wrote Hongbo. 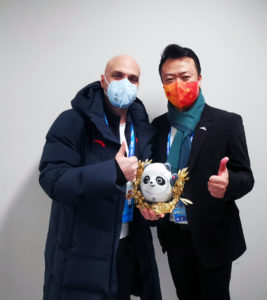 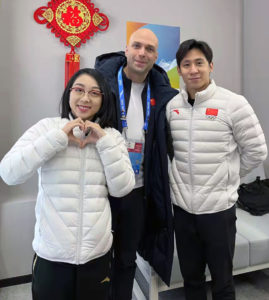